How Long to Install a New Habit?

Some sources used to say that it takes 21 days to form a new habit, which most people are likely to find overly optimistic. Even 30 days is on the optimistic side.

The truth is that the time to install a new habit depends on the person, the habit, the environment, and the motivation.

How much experience do you already have with habit formation? How much have you trained those discipline muscles?

What temptations are present that could draw you away from the habit? How tempting are they?

What’s your purpose for installing the habit? Is it really compelling, or does it barely register?

As a general rule of thumb, I’d say 60 days is a decent average ballpark estimate for getting a new habit reasonably well installed, but some habits could take twice as long to put on autopilot. Furthermore, some habits will never be properly installed no matter how much time passes – they’ll always require a nontrivial amount of conscious willpower to keep executing day by day.

Moreover, even a habit that gets installed for months or years can still be broken eventually.

I’m often surprised at the range of times it takes to install a new habit. There’s a lot of variability.

When I first went from vegetarian to vegan, I started with a 30-day trial. I’d been vegetarian for 3.5 years at that point. The last item I dropped was cheese. I’d say it only took me about a week to feel like I was permanently vegan. I lost seven pounds in that first week as my body finally had a chance to purge years of built-up dairy clog. Seeing what was coming out of me made it easy to decide to never put it back again. That was 23.5 years ago, and it’s been a no-brainer to maintain that habit ever since. I doesn’t require any willpower to stay vegan. I’m never tempted to go back to the old world I left. That would feel like undoing a graduation.

I had figured that going fully vegan would take more practice and adjustment, but it was actually one of the breeziest habit changes ever. The purpose aspect made this habit way easier than most.

Becoming an early riser was more challenging. That led to success. I do occasionally fall out of this habit now and then, usually by choice to experience something different for a while, like having more nighttime hours. But I still love those early morning hours and keep returning to the long-term stability of this habit. I think that in the past 90 days, I’ve stayed in bed past 5 am perhaps two or three times to cuddle with Rachelle for an extra hour or two. So this one is very stable.

Whenever I want to reboot this habit, I’d say it takes me less than a week to feel like I’m back in the flow with it. Remembering the benefits surely helps.

Oddly a very simple habit like doing proper hygiene for my teeth took 1-2 months of consistent practice to feel like I’d really installed to the point where I do it automatically without thinking much about it.

For my daily blogging habit this year, it took about 45-60 days before I felt like I’d woven it into the fabric of my days, and it didn’t feel like some external task that I was wedging in. If I had an unusual schedule that disrupted the timing for the habit, then it might feel a little misaligned, but that’s been relatively rare.

Zeroing out my email inbox was another easy habit to install, taking virtually no time at all. I was never the kind of person who’d allow hundreds of emails to pile up in my inbox though. If I’m not going to reply to a message right away, I move it to a different folder to be processed later. I never use my email inbox as a to-do list.

Frankly I don’t understand people who allow thousands of emails to pile up in their inboxes. They must use very different framings because I could never imagine allowing that to happen. I’d feel like I was priming myself to feel stressed and undisciplined whenever I had to look at such a mess. I wonder how people are able to frame a cluttered inbox without having it lower their confidence and self-image. Do you really feel like you’re on top of your projects when you look at that giant list of messages? Wouldn’t it feel so much nicer to leave it empty each time if you could do that on autopilot without having to think about it?

What made the email habit easy to install was actually a different habit that took way longer to install properly – at least several months to get it going and perhaps a few years to get it down consistently. That habit was to maintain a structured personal management system for my projects and tasks. I use Nozbe for that, and I’m still happy with it.

Another related habit is that I question whether certain emails should even be sent to me in the first place. If I had an inbox piling up with emails that I wasn’t even opening, I’d unsubscribe from them, tell the senders to stop sending those kinds of messages, or add an automated filter to block them. That’s the main reason there’s no pile-up – such emails are nuked before I even see them. That means fewer distractions and no negative priming for clutter. Think of how much time and focus is wasted by looking at the same messages repeatedly.

The habit of daily exercise also took a while to install – about six months to really get it ingrained. I may still fall out of this habit now and then, but it’s easy to reboot. For a proper reboot, at least a six-week commitment is warranted. Exercising for 30 days won’t necessarily make it stick.

Some habits are so worthwhile that even if they take a long time to install, and even if they remain vulnerable afterwards, they’re still worth the investment. Getting my personal organizing systems in order was one of those. I struggled with that for a long time, but it pays off with so much delightful flow and long-term confidence. It’s so great to be able to trust such habits to follow through on bigger commitments. This makes life more rewarding and fun, and it grants more freedom for spontaneity. If you like freedom, fall in love with order.

In my 20s I was way too impatient with many habits. If I couldn’t get something working in a few weeks, I’d often drop it and try something else. Now that I’m in my late 40s, I’ve learned to think more long-term, knowing that even if it takes many months or years to tame a new habit, that habit could be paying dividends for decades. So it doesn’t phase me to think about investing in a new habit for several months, just to get started with it. When you think about a habit enduring for decades, who cares if it took a few weeks or six months to acquire it?

Don’t worry so much about how long it takes to install a habit. Instead, consider which habits could so enrich your life that they’re worth a six-month commitment to getting them installed and running on autopilot.

When a habit is on autopilot, it feels weird not to do it, and your day doesn’t feel complete without it.

Remember that the months ahead are going to pass anyway. Depending on the investments you initiate today, you could find yourself with a really awesome long-term habit on autopilot by the end of the year. If you expect that there will be some issues, and you conquer those hills anyway, you’ll get to enjoy some nice results. Think of this as a gift for your future self. 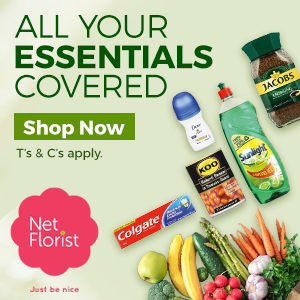 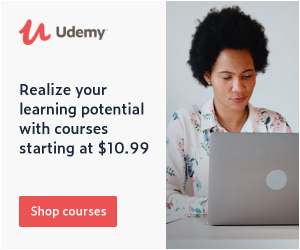 PicktoOwn is a leading online marketing site, bringing Products, Services and Deals to you.

You have most certainly come to the right place to find useful deals.